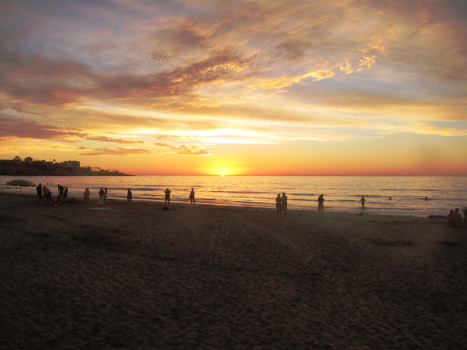 Scuba San Diego guests on our night dives are almost guaranteed to see these beautiful two-spotted octopus during the night dives we run daily.  These mollusks know as cephalopods are hard to find during day dives but at night they leave their holes in the sand or the La Jolla Canyon wall to forage for their favorite delicacies using their eight arms.

Approximately 150 different species appear in the oceans of the world.  At La Jolla Canyon we see these guys from the intertidal zone to as deep as 100 feet (30 m.)  Their arms can reach about 24 inches each in length. 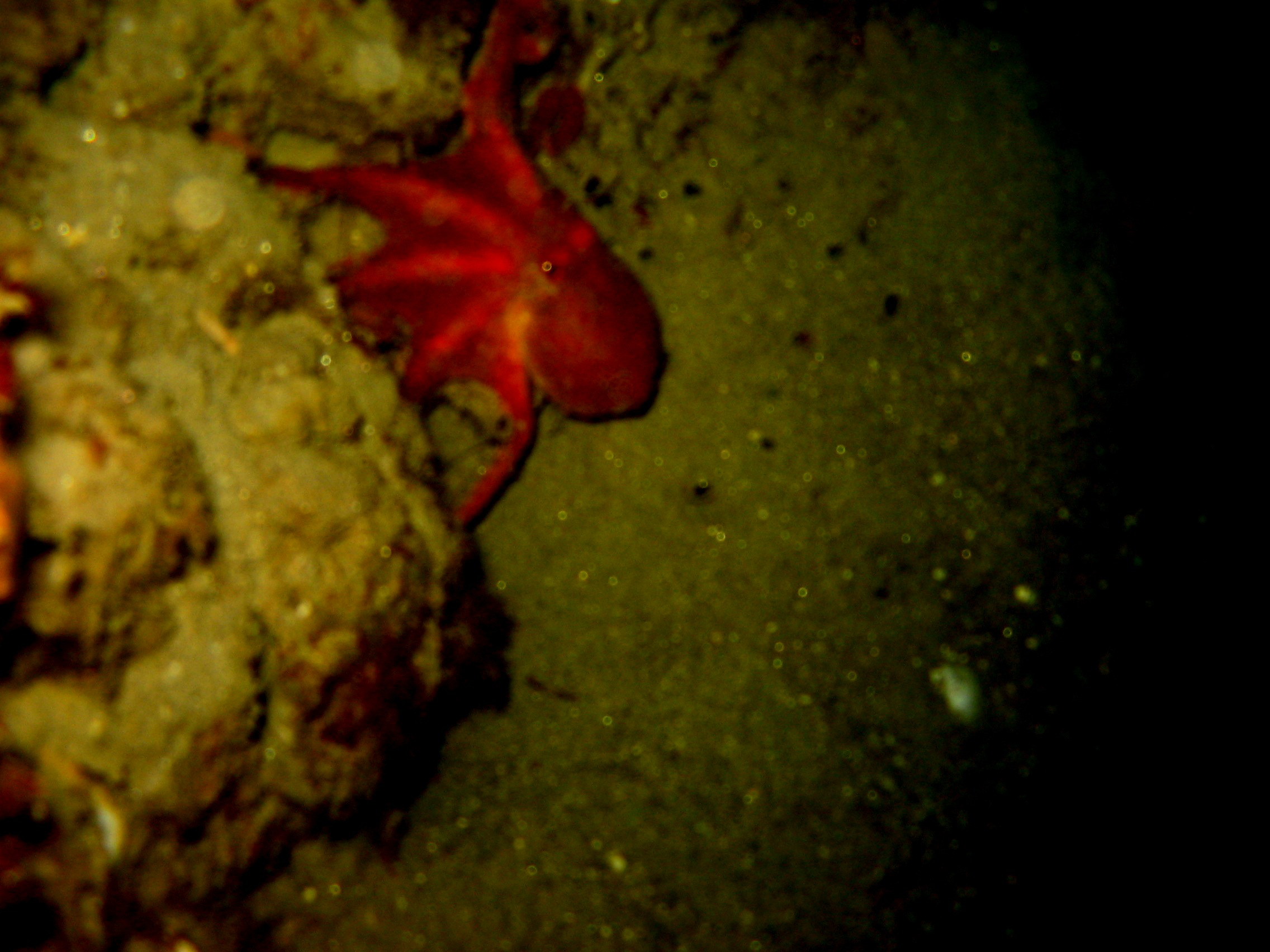 They are masters of camouflage and can change colors at will matching the hue, intensity, and texture of their background.  The can go through an incredible array of color combinations if disturbed to become invisible to potential predators.  When divers shine their high powered lights on them the immediately start trying to find a combination that makes them invisible.  They have a special ink sack filled with melanin and watery fluid that they forcefully expel to cover their escape when evading capture or harassment.

They eat crustaceans, other mollusks, and small fishes, crabs, blennies, snails, and abalone. Poisonous saliva is used to anesthetize their prey.  It is administers by enveloping their prey in the webs between their arms and releasing the toxin in water or by biting them with their beak like jaws.

If you are lucky enough to pick one up do it without gloves on.  If you handle this animal with gloves you risk rubbing the protective mucous barrier on its body that protects it from bacteria in the water.

Most fish will eat them if caught out in the open and I have personally seen moray eels dismantle them arm by arm.