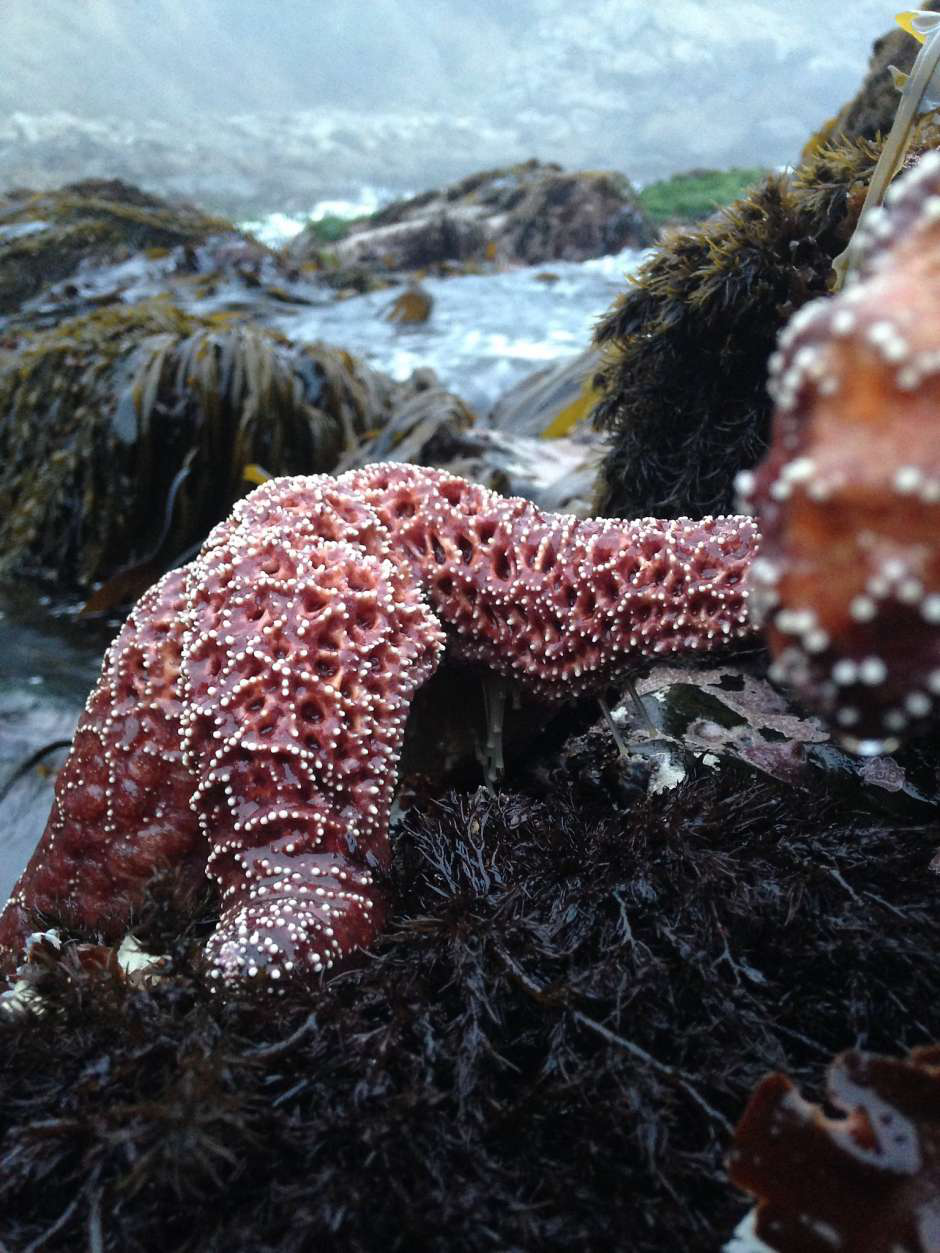 Scuba San Diego Inc,’s owner, Rod Watkins has 55 years diving on the California Coast line. In that time he has seen many changes is the near shore ecosystems creature make up.   One of the most dramatic changes witnessed is the collapse of the Knobby Starfish population beginning in 2012-13.

In the mid sixties divers and snorkelers and even people fishing off of piers on our coast could see great numbers of the Knobby Starfish on pier pilings and the sea floor on all near shore dives. The Knobby Starfish was a very common inhabitant of California’s near shore waters.

For the last 10-15 years our sun has been in a strong “Solar Maximum” causing global warming. This resulted in the warming of our ocean surface waters and probably gave rise to bacterial and viral production on an unprecedented scale.  The Sea Star die off called “Sea Star wasting syndrome” is likely to be the result of viral and bacterial propagation in the seas due to the Solar Maximum. 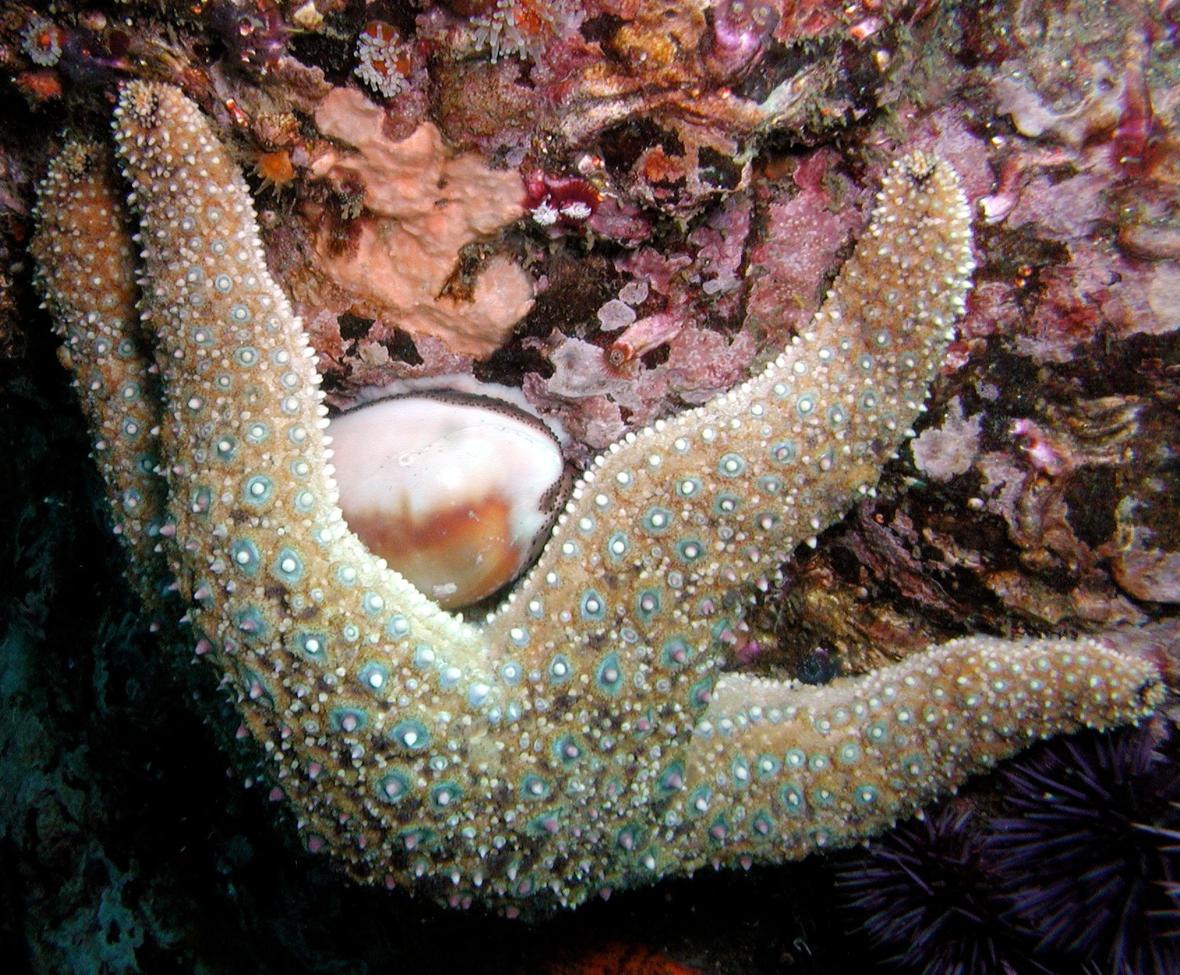 Our sun has now entered into a “Solar Minimum” which like the Solar Maximum will last for approxismately 1-15 years.  Sea temperatures are returning to normal for this normal sun cycle.  With the cooler water and with the Pisaster evolved resistance (adaptation) to the virus this species is on the comeback.

These starfish are found in near shore tide pools and out to depths 150 feet (45m.) foraging for food. The Pisaster giganteus ranges from British Columbia to Baja California.  The California Ochre Star and Knobby Star feed on California mussels, snails, barnacles, and small crabs.  In order to eat the mussels they use their tube feet to exert a pull of about 100 pounds tiring the mussels foot until it is opened. They only need to open the mussel 1/100 of an inch to insert its stomach and begin digestion of the prey.