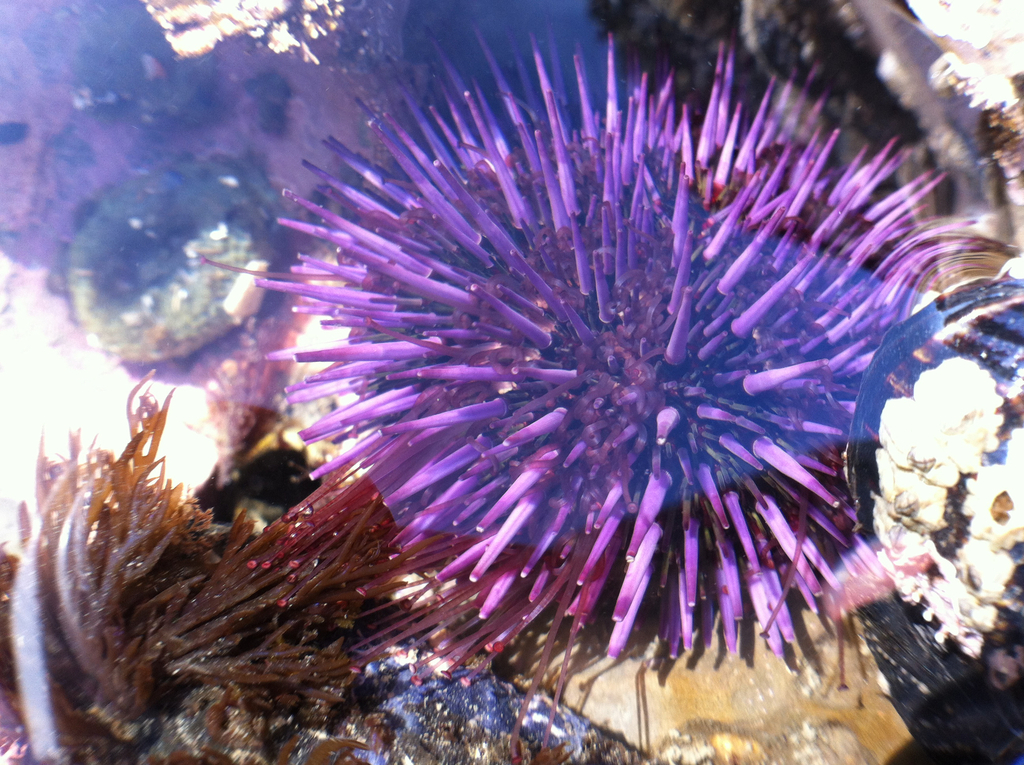 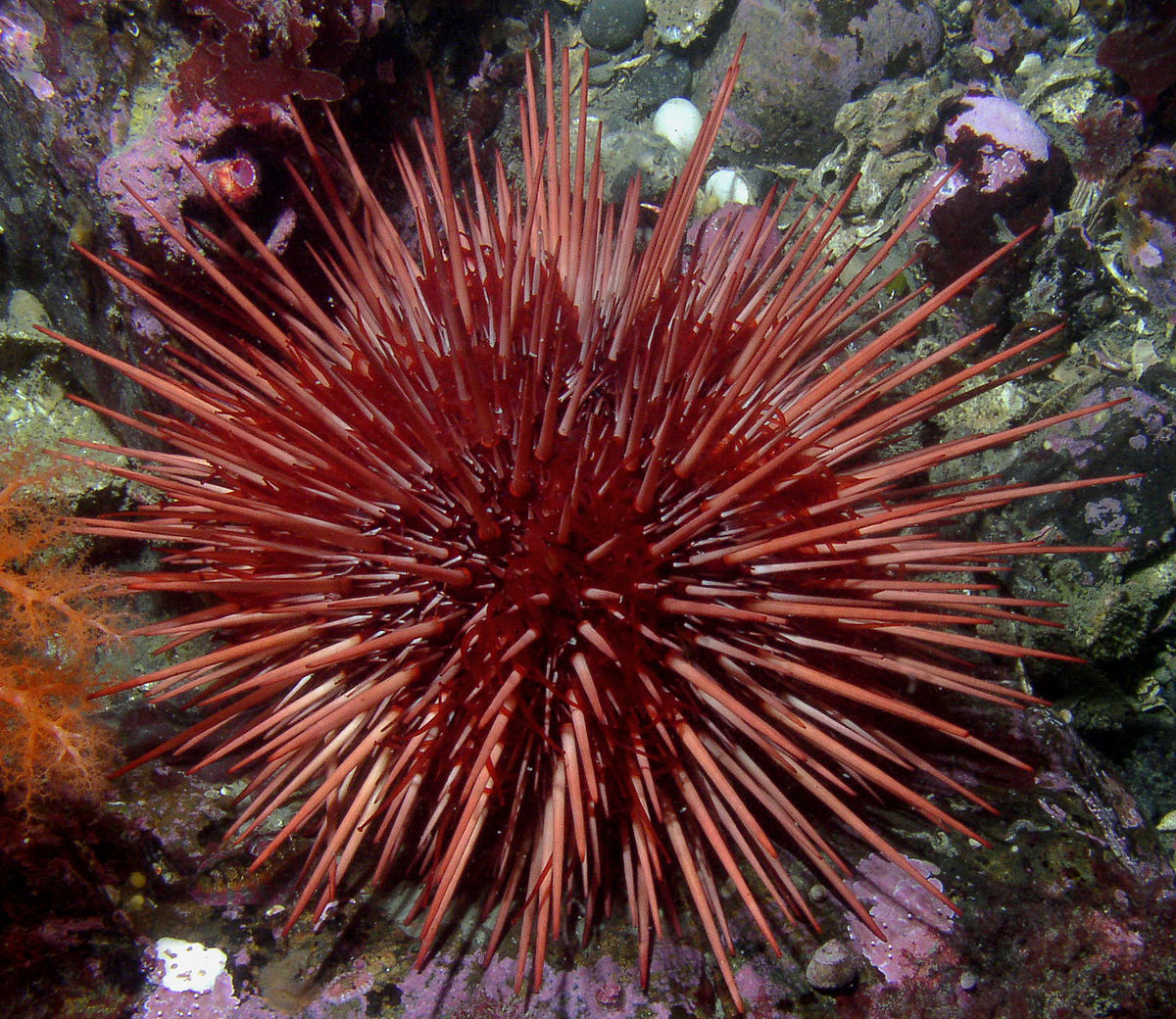 From British Columbia to Central Baja California Snorkelers or Divers often encounter Sea Urchins.  Reds range from Alaska to Cedros Island Baja Sur.  They are capable of creating a depression in the rocky bottom which the form by using the spine and gnawing of their rasping teeth. Sometimes they imprison themselves by creating chamber larger than the opening and spend the rest of their lives imprisoned in the chamber.   These echinoderms can live up to 30 years.

The structure that their reddish or bluish spines are protruding from is call the “test.”  If slightly injured they can even regenerate slightly broken spines, repair their test, and their tube feet (pedicellariae).

Urchins are a food source for sea stars, Sheep head Bass (which dismantle them with their powerful jaws and teeth. Sea otters, and they comprise a sizeable fishery for California:  Their roe is a prized delicacy in Asia and the USA.

They kelp forests with Giant Kelp- Macrocystis pyrifera  a urchin’s favorite supermarket and they are normally very abundant in the kelp forest.  They reach some numbers so high that they completely denude the rocky reefs systems in some areas.  In  fact in the early 1960’s there were organized SCUBA dives wherein each diver entered the water with hammers or knives to destroy the urchins gobbling up the kelp of southern California (primarily the Palos Verde’s area) and offshore at Catalina Island. They are out of balance with the ecosystem due to human predation of the California Sea Otter which consumed vast quantities of them on a daily basis.   Due to protection of the Sea Otter the Central California Coast has come into balance.

Sea Urchins are an export fishery in California. In USA and  other countries they are a delicacy in Italy (Frutti di Mare), Japan, China, and are also commercially collected in Mediterranean, Japan, South America, and the West Indies are collected and sold.

In Southern California over the past 4 years Sea Urchins have experienced a substantial die off due to starvation.  The past 10-12 years of the Solar Maximum resulted in substantial surface warming of the ocean (and planet) off the California coast line.  Their favorite food the Giant Kelp-Macrocystis Pyrifera will not grow in water much warmer than 62 f. (16.6 C.) and as a result the kelp began dying off down to the colder water below 30-60 feet.  This resulted in a loss of the Sea Urchins primary food source and millions starved to death.  I remember diving out on the outer reef at La Jolla cove in the summer of 2019 when on descending I thought my eyes were playing tricks on me as the bottom looked purple.  As I reached the bottom I realized I was seeing millions of Purple Sea Urchin spines lying on the bottom detached from their test from starved to death.  There is a bit of good news.  The Giant Kelp-Macrocystis pyrifera can grow a foot each day in cool, clear water so it is making a comeback this year of the Solar Minimum.

We used to see abundant quantities of purple and some red Sea Urchins all over the rocky substrate on the outer reef a La Jolla Cove Ecological Reserve and today it’s hard to find one.